On Thursday, 1st June 2017, the world was rocked by US president Donald Trump’s announcement of his intention to withdraw the from the Paris Agreement. In the wake of this, individuals – from scientists to politicians – have assured that the United States’ pulling out from the Agreement would not mean an all-consuming end to the fight against climate change. However, Trump’s decision was, and is, still viewed as a momentous setback to the progress which has been made in the global climate arena.

Sadly, Trump’s withdrawal has overshadowed many of 2017’s ‘good news’ environmental stories. In light of this, we have decided to dedicate this blog post to highlighting some of the positive local and global events in the carbon and climate change arena which took place last year. Enjoy.

South Africa’s Robben Island is well recognised as being a political and historical monument, and World Heritage Site. Few people realise that it is in fact a working Island, with over 100 residents, a light house and a harbour. The Island receives more than 300 000 annual visitors, and uses almost two-million kilowatt-hours of electricity every year.

In October 2017 Robben Island’s solar energy micro-grid went live. The R25-million project is expected to produce almost 1 million kWh of clean electricity annually – representing almost half of the Island’s yearly electricity requirements. Prior to the grid, Robben Island was dependant on diesel for its energy requirements. It is estimated that the new solar grid will reduce the use of diesel generators on the Island by approximately 45%. Tourism Minister Tokozile Xasa said that the Island’s annual diesel usage will drop from around 619 000 litres to 344 000 litres, which equates to a saving of 735 tonnes of CO2e. 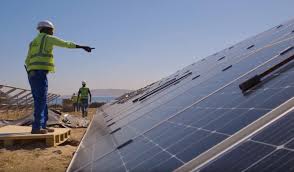 Let’s not forget the 29 April 2017 where an impressive collection of hundreds of thousands clean energy activists who marched in the People’s Climate March in Washington, DC in defiance of Trump’s plans to reverse climate change policies. 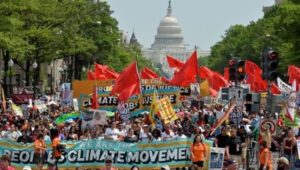 The UK has been working to reduce its carbon emissions and as a result hit some impressive green milestones in 2017, breaking numerous clean energy records:

Globally, renewable energy has gained momentum, with a significant rise in the uptake of various renewable energy technologies such as solar photovoltaics (PV), wind energy, biogas and other biofuels, hydroelectricity and concentrated solar power (CSP).

In the United States, despite Trump’s radical approach to climate change, individual clean energy sectors saw growth, and reached impressive new milestones. The solar energy industry had its most successful second quarter ever, with 2 387 megawatts of new solar photovoltaics installed – representing an 8% increase year-on-year. Hydropower generation in the country increased 7% year-on-year and now accounts for 6.5% of the nation’s electricity. In February 2017, the United States Department of Energy reported that American clean energy employment officially surpassed three million workers across industries including solar, wind, and hydropower. Clean energy jobs now outnumber fossil fuel jobs in 41 states, and renewable energy is creating employment at 12 times the rate of the rest of the economy.

The Renewable Energy Independent Power Producer Procurement programme (REIPPP) is a South African competitive auction for IPP renewable energy projects. GreenCape’s 2017 Utility Renewable Energy Market Intelligence Report highlighted some of programme’s impressive successes since its inception in 2011. According to this report to date the REIPPP has:

In November 2017 Bloomberg reported that global electric car sales had surged in the third quarter of 2017. Sales of battery electric vehicles and plug-in hybrids exceeded 287 000 units in the three months ended in September, 63% higher than the same quarter a year ago and up 23% from the second quarter. This jump has primarily been attributed to heightened demand in China, a country which accounted for more than half of global electric car sales as a result of its government’s efforts to reduce pollution.

KaXu Solar One concentrated solar power (CSP) project, was on the 15 November 2017, presented with a Momentum of Change award by the UN Framework Convention on Climate Change. KaXu is a 100MW plant constructed on a 1 100ha site near the town of Pofadder in the Northern Cape. The solar power project was officially opened in March 2015. It supplies clean energy to approximately 80 000 African homes while offsetting 315 000t of CO2 emissions a year. The project contributes to South Africa´s goals of achieving up to 17 800 MW of renewable energy by 2030, and reducing its dependence on oil, natural gas and coal. 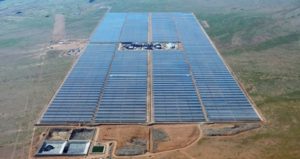 Overall 2017 saw some impressive green milestones – we haven’t even scratched the surface in this post. It is important to keep these in mind when we feel despair with news of rising emissions, higher temperatures, devastating hurricanes, droughts, wildfires and of course, Trump’s attitude to climate change.

Keep an eye out for our next post in which we will discuss the reasons to be hopeful about what 2018 has to hold for the environment.